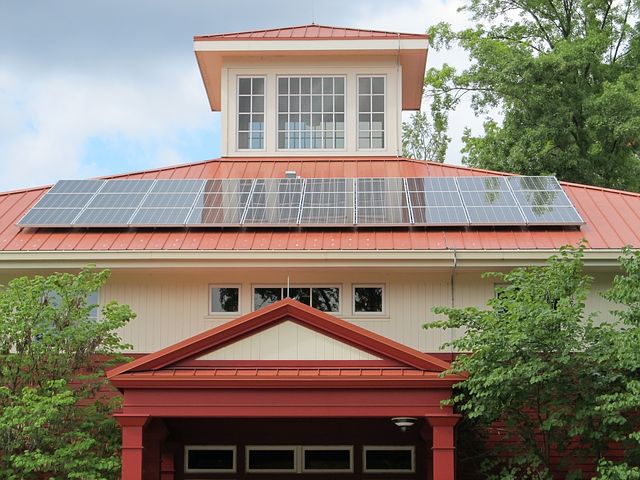 The Role Of Govt. Subsidies In Solar Panel Financing

Today 81 percent of all energy is produced by fossil fuels. Meanwhile, the world is abuzz with discussions on renewable energy sources as alternatives to traditional fossil fuels. The popular choice remains solar energy: harnessing the power of the sun to power our world. While multiple methods of harvesting solar energy have been developed, the fossil fuel lobby is a giant to be reckoned with. Without unequivocal support from governments such as through subsidies on solar panels, the peaceful transition often discussed in climate change conferences will not be possible.

Solar panel financing projects have considerable difficulties considering the high costs as compared to traditional power sources. Moreover, the life cycle of solar panels is uncertain and there is a lack of private firms in the solar game. Many governments have thus taken up the challenge for a greener energy. However, in the longer run, this is unstable and unsustainable. For the market to grow, a collaboration between the private and private sector, a boost in activity of the private sector and effective policy making has to take place.

Solar panels are the most popular tool to convert the sunlight into useful electrical energy. In sunny locations, a 5 kilowatt solar panel system can produce up to 7-8k kilowatt hours per year of energy! This is enough for a traditional modern house to last a year. Large scale projects can even produce up to hundreds of megawatts. Such a project would require millions of solar panels laid out on a large area of land at specific angles to collect the most concentration of sunlight.

Solar panels have an uncertain life shelf and most private businesses have not figured out a profitable business model to sell them. Thus, especially in developing countries, for solar energy to make up a significant market share in the energy sector public investment is of utmost importance. India and China have been using the government subsidization or donor funded solar projects to bring sustainable energy to the rural areas. In sub-Saharan Africa, only 30 percent of houses have access to power. In these areas, solar power is the most sustainable option. Autonomous, small scale social power projects are being developed there with a collaboration of the public-private sector and international organizations such as UNDP and the World Bank.

Research suggests multiple methods that can be undertaken globally to accelerate the development of the solar power generation industry. If these are taken seriously, the potential of the solar energy market would be upto 6 percent of the global energy sector by 2040. In advanced countries, social power generation industries have already developed technology for the most efficient energy production. This has reduced the sunk costs of the trial and error phase and cost of energy generated through solar panels have reduced significantly. Other countries must also invest in the research and development of technology which produces the most output for their regional specifications before launching vast scale projects with faulty tech.

States require a specific energy policy concerning solar power. For example, China is currently the largest market for solar panel production and consumption. The reason being that Chinese state invests significantly in the subsidies for the solar sector and maintains the market price leadership. About eighty countries worldwide have shown some level of commitment to solar panel financing. However, none has matched the Chinese in investment and smart policy and is thus a pressing concern if solar power is to have a chance at replacing conventional energy sources.

Hence, by expanding on tax breaks and subsidies, states can enable new technology to enter the energy market and enable autonomous, small scale solar farms to develop. China has already began investing in cheapening the resources needed to develop the industry, however, for countries that have just begun on this new green energy track, tax breaks, subsidies and public-private partnerships are an effective and relevant plan of action to undertake.