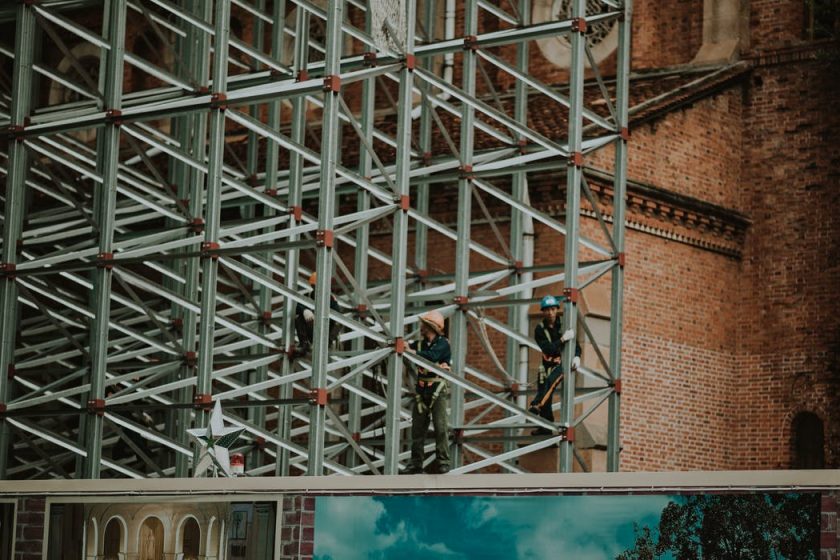 What Makes Scaffoldings So Important In Construction?

Safety in a construction site is the most important thing, at least in the modern world. It costs a lot of money to put up a building, but it costs even more money if a life is taken on the construction site. Having scaffolding makes it a lot safer for the workers to work on a building. Being able to climb up and down the side of a building safely is something that is near impossible without the proper scaffolding to do so, and it is much safer to use scaffolding that you can walk on than use a ladder.

Scaffolding can be used to speed up the process of putting up a building. Without scaffolding, then you’d need to put up one floor at a time, lean out windows and use a whole bunch of unsafe and inefficient methods to put things up on the side of a building. Even on the inside of a building, you can see scaffoldings being used to make the process a lot easier. Whether you are just putting up a wall, or painting the wall, it is much easier to use scaffolding than moving a ladder from left to right, or even a long paint roller.

Getting to Places You Otherwise Wouldn’t Reach

Being able to access every part of a building is important, especially when you are trying to make it look as nice as possible. Using scaffoldings to be able to reach these parts is incredibly important, especially if you are working on a skyscraper. Some types of scaffoldings can be attached to the top of a building and work more like an elevator that can take you to any side of the building that you need to go to. Many building cleaning companies make use of this type of scaffolding in order to wash the windows of large buildings. If you live in a large city, then you’ve certainly seen this type of scaffolding before.

Whether you are looking at a building that is being constructed, or a building that has been there for years, then you can very easily see why scaffolding is so important. Especially on taller buildings, there are places that from the ground, you definitely would never be able to reach. Window cleaners especially need access to good scaffoldings in order to perform their job well.